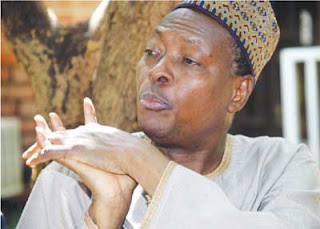 Buhari immediately asked Ahmed, the then Minister of State for Budget and National Planning, to oversee the finance ministry.
But Mohammed, in an interview with newsmen, said the latest appointment showed that no amount of criticism could change Buhari’s alleged acts of nepotism.
The former legislator accused the President of appointing his kinsmen into key positions.
The Cable, an online newspaper, stated that the minister was the daughter of Dr Yahaya Hamza, the foster father of Nasir el-Rufai, the governor of Kaduna State.
The medium added that when an eight-year-old el-Rufai’s biological father died, Zainab’s father and the governor’s uncle raised him.
Mohammed told newsmen that the appointment confirmed Buhari’s alleged unrepentant penchant for favouring his kinsmen with federal appointments.
He said, “The latest appointment has confirmed my suspicion that Buhari appoints ministers from the North. The fact is many parts of the country have not really benefited from the appointments made by Buhari in the last three and half years.”
The former federal lawmaker urged Nigerians to resist further acts of nepotism by Buhari by voting him out of office in 2019 and stop him from confirming Ahmed as the substantive minister of finance.
He said, “I urge Nigerians to raise their voice to condemn nepotism and corruption, and make sure that this President, who has disappointed so many people, does not have his way with the appointment of Ahmed as the substantive minister of finance.”
Mohammed nevertheless cautioned Nigerians against believing that Buhari represented the interest of the North.
The medical practitioner added, “We should not condemn the North for what this man has done. He is not the president of the North. He is the president of all Nigerians but he misbehaved with his acts of nepotism.
“I believe this country belongs to all of us. People who have relevant contributions to make should be given opportunities, irrespective of their relations, who their in-laws are or where they come from.
“I believe Nigeria, a nation of 200 million people, which is very well-endowed, has some of the best brains that can push the country forward. Unfortunately, that has not been the case.”